One of the few Italian theatres still remaining in France

Before being transformed into a theatre, the building housed the Church of the Convent of Minimes, founded at the end of the 15th century outside the fortifications of the city. The building was sold as National Property during the French Revolution. The municipality then became the owner in 1791 and made it into a centre for meetings and celebrations. A theatre was then added.

It was not until 1844 that the Italian-style theatre (equipped with Italian-style machinery) was set up in the old church. The construction took two years to complete. A new building was adjoined to the façade: it housed the Bourse du Commerce on the ground floor and a Redoubt upstairs.

In 1899, the theatre underwent a significant restoration that resulted in its transformation. The colours of the interior were changed and two artists contributed greatly to this transformation. The painter Emile Vernon and the sculptor Edouard d'Esplosin created a unique decor incorporating many allegorical and pictorial elements on the city, its life, the theatre and music...

The theatre was the centre of the cultural life of the city until it was closed down in 1977.

From a masterpiece in jeopardy to a jewel rediscovered

Italian theatres flourished throughout France during the 19th century. However, not many theatres of this type have been preserved in their original state and indeed, they are even quite rare. The Italian Theatre of Chatellerault therefore had to be saved. Destined for demolition after being closed down, it was registered as a Historical Monument in 1984. With the recognition of its historical, artistic and architectural interest, it was passed on to future generations.

However, it was not until 2008 that a study prior to the restoration of the building was conducted. The conclusions were formal: this exceptional theatre not only had a preserved structure but also the original furniture, machinery and scenic backdrops. The unique Italian theatre operating in the region, it was listed as a Historical Monument in 2009.

After a competition for the contract, the restoration work supervised by the chosen architects started at the end of 2010 and was completed at the end of 2013. Witness of history, the theatre was restored to its original layout with adaptations for the reception of the public and for modern artists, as it is once again the centre of the cultural life of the city and is much more than a museum. 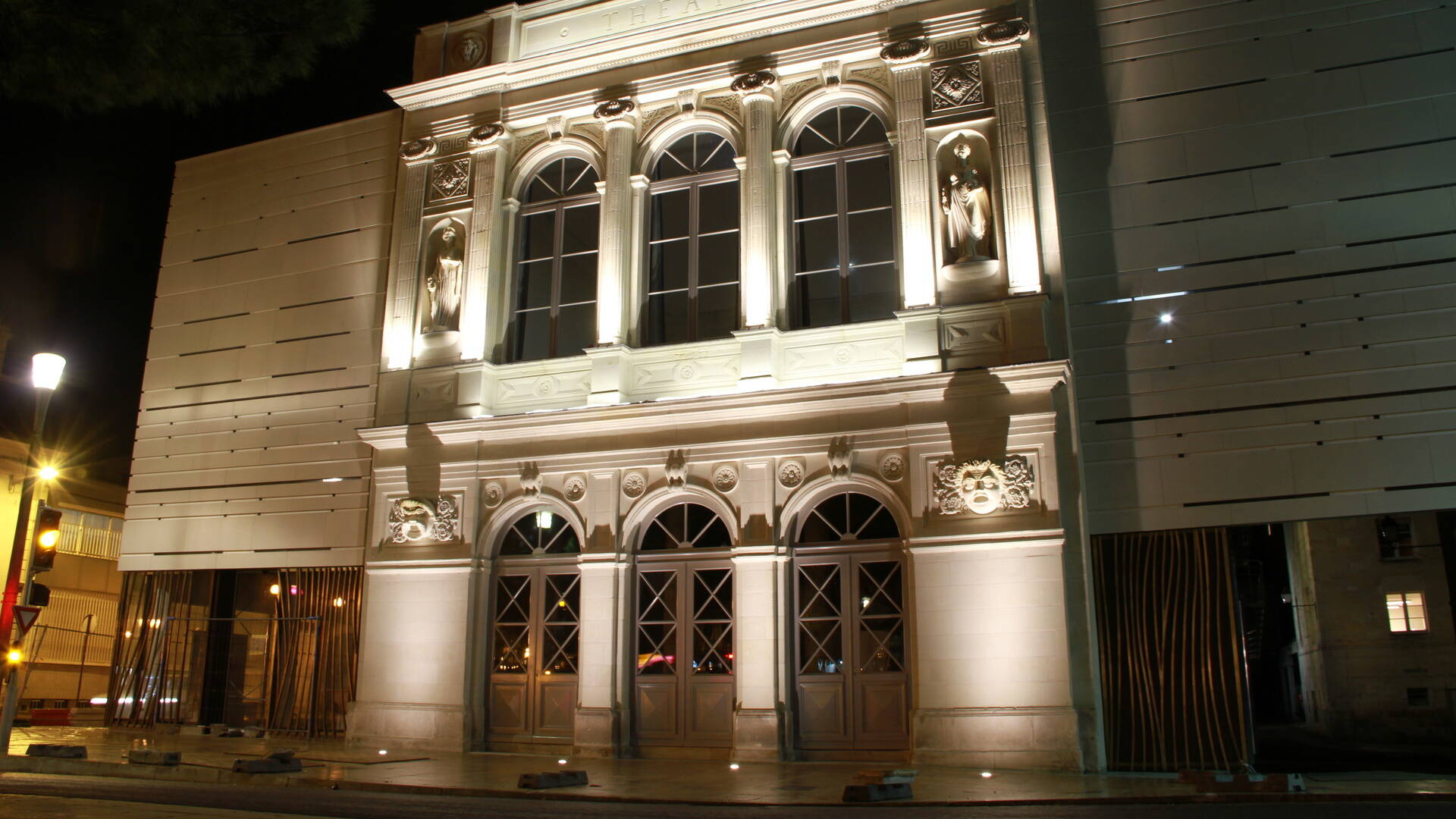