When the stones testify to the Enlightenment

The Ormes Estate has had several owners : from the Marans in the twilight of the Middle Ages, by way of the Pussort brothers (second half of the 17th century), in 1729, the château passed into the hands of Count Marc-Pierre de Voyer of Paulmy d’Argenson (1696-1764),  State Advisor and Minister of War for Louis XV. It was his son, Marc-René, who completed the construction of the château in 1783; the central building - now replaced by a construction of the early 20th century - was built in the style popular at the time by the great Paris architect Charles de Wailly (1730-1798), who was at the origin of the Odeon Theatre in Paris and the prestigious Château de Laeken, Residence of the Kings of Belgium. It is to Alfred Coulomb (1838-1929), architect of the Golden Age, that we owe the different modifications of the château at the beginning of the 20th century.

Owing to his architecture, his remarkable decorations and his collections, the château is not only a place to visit but also a venue for unusual receptions and a popular setting for cultural events.

The Château des Ormes is a magnificent testimony of the Enlightenment 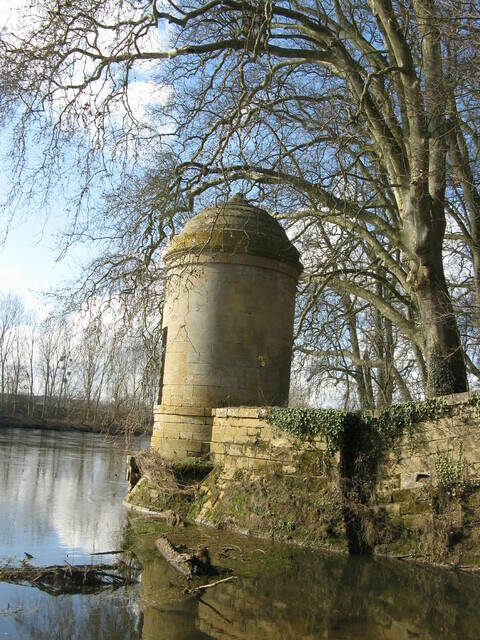 This impressive building, 80 meters long, dating from the middle of the 18th century, is perfectly symmetrical and has a sundial that is worth a visit.

At the end of the driveway, the wings and the central building were built symmetrically around the main courtyard. The central building, formerly the main entrance, houses the large vestibule. Bathed in light, it has a monumental staircase and opens out onto three magnificent lounges, which overlook the terraced garden and the banks of the River Vienne.

On both sides of the main building, galleries lead to the wings that open onto remarkable rooms including, among others, two kitchens (one from the 18th century and the other from the 19th century), a dining room with its 1908 decor, a library and a carefully restored 17th century orangery.

The château farm has preserved another curiosity :  "Suzette II" a motorboat from 1902, recently restored and listed as a historical monument. In the park is a restored 18th century cooler and a 1906 power station, a rare example still in existence.