A mysterious and unique site in France, witness of the genius of Leonardo da Vinci

It is a tower-fortress. It is clear that it is a tower. However, in the history of fortifications, the term fortress has a very particular meaning. Indeed, these buildings have a military purpose only and - unlike keeps and other strongholds - are not places for a lord to live, nor seats of political power, nor symbols... Fortresses are fortified buildings, rationally - and uniquely - designed for military purposes, for combat, defence and resistance to sieges ...

It was in 2011 that the Tower-Fortress of Monthoiron emerged from oblivion. Cleared of the mass of vegetation that had covered it for centuries, it finally appeared as a whole. This vast cylinder built not far from the château was long considered to be a Roman tower but is in fact a remarkable example of military architecture at the very beginning of the Renaissance.

It is the only evidence of military architecture designed by Leonardo da Vinci that has survived to our era.

A mysterious site unique in France, for a family visit

With the restorations of recent years, this complex can be visited with innovative tools to discover the history and the mysteries of this architectural curiosity. After admiring one of the most beautiful low vaults of the beginning of the French Renaissance (early 16th century), you can enjoy a film revealing Leonardo da Vinci's imagination and his unparalleled creativity, all through his major scientific and technical research and his ingenious creations.

At the foot of the tower, a 16th century siege camp was recreated, a great way to immerse yourself in the life of the Knights and Soldiers of the Renaissance. Children conduct the investigation to uncover the secrets of the Fortress Tower and learn about the favourite games of the Renaissance soldiers.
Nearby, a discovery trail also allows you to visit the village and its curiosities. 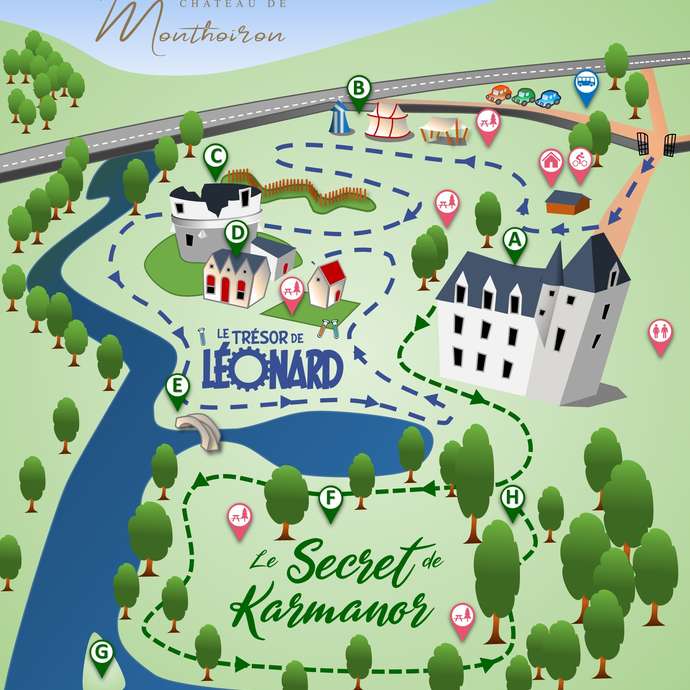